The cup-to-disc ratio is an important statistic in diagnosing glaucoma. However segmentation must be done manually which is quite tedious and time-consuming. Also, there is large variability between specialists. This research is an attempt to apply graph search techniques to the segmentation problem in an attempt to improve upon current pixel classification techniques.

We utilize k-NN nearest neighbor classification on feature vectors to compute probability maps representing membership in each region within the image. Pixel classification has the advantage that it can incorporate large amounts of information about a particular pixel into a classification.

Examples of different probability maps are shown below. 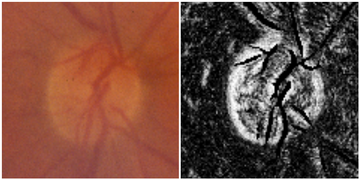 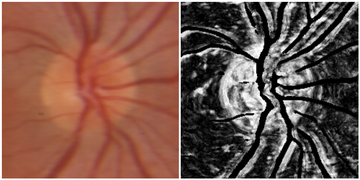 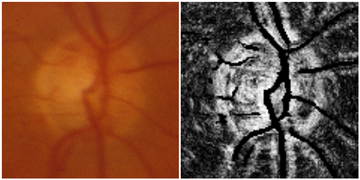 Feature selection techniques are used to reduce the feature set from 250+ features down to only the 6 most signification features used for detecting the optic disc. We use an automated tool to generate many different low-level features on a single image such as Gaussians at different scales, edge detectors, etc. The features are computed on the HSV, RGB and Color Opponency (RG, BY, Brightness) planes. 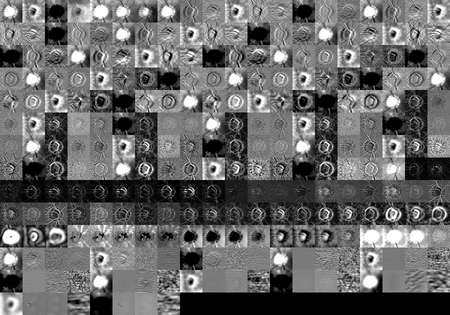 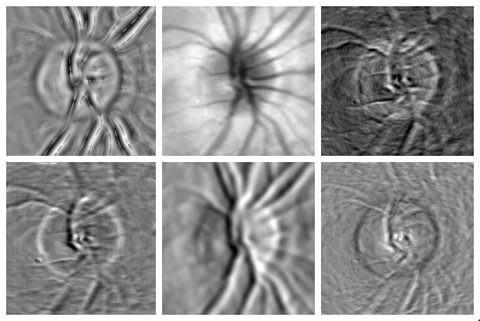 Optimization of the cost function involves the selection of the most significant features from a set. Relevant features are determined by feature selection which optimizes the cost functions based on the difference between the computer segmentation and the reference standard. Our optimization pipeline is unique because the error metric used in feature computation involves the final output of the graph search, not simply the differences in classifications.

Images below show, from left to right, the original image, the computer segmentation using our algorithm and the reference standard.